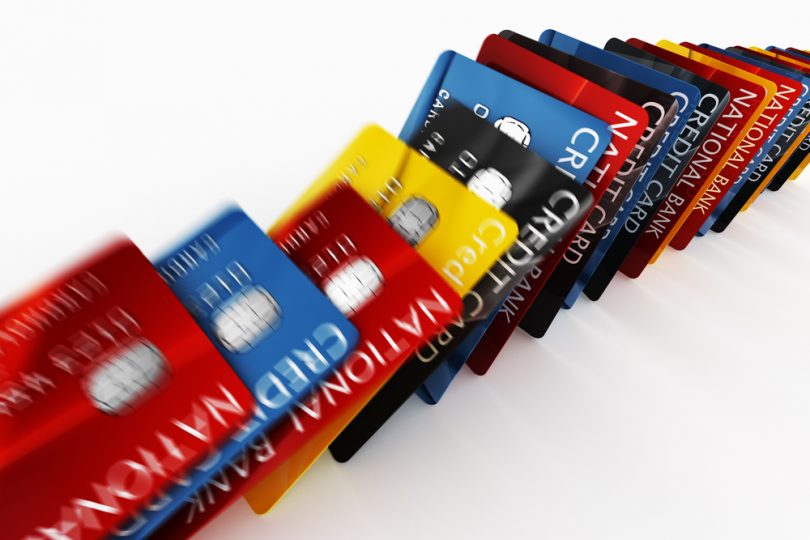 The first time I heard that I could pay off my debt using balance transfer cards and not pay a penny in interest, I felt like I’d hit the jackpot. Unfortunately, balance transfer offers don’t always pan out the way they should.

I had racked up $6,000 in credit card debt after getting a raise at work and overestimating my newfound spending power. I realized I needed to stop spending and pay off that debt quickly, but the massive (25%) APR on my credit card was making it hard to progress.

This was when I discovered that some credit cards that offer a 0% APR on balance transfers for a promotional period of time, ranging anywhere from a few months to nearly two years. Perfect, I thought.

I was approved for the Chase Slate with a credit limit of $7,500. I immediately transferred over the $6,000 and breathed a sigh of relief. I could now make monthly payments and double down on my debt without accumulating any more interest…or so I thought.

In order to pay off my debt before the end of my promotional period, I would have to make monthly payments of $400. But, feeling relieved by my new interest free card, I decreased my monthly payments instead and only paid around $100 per month. Some months I only made the minimum payment. I liked having the extra spending money, and I decided to worry about paying it all off closer to the end of the promotional period.

Well, 15 months came fast, and as the end of my promotional period came, I had almost no money saved up to pay off my remaining debt. I scrounged up all the extra money I could for that month’s payment, which was about $800, knocking my balance down to $4,000.

It was time to come up with a plan B, and fast. I had 30 days left until the Slate’s high APR kicked in. I shopped around for a second balance card and found the Citi Simplicity. Now, this card does charge a 3% balance transfer fee, but the 0% APR period is a lengthy 21 months. Surely I could pay off my debt with that much time.

I applied for the Citi Simplicity card and was approved – things were looking up. Unfortunately, when I received my official approval letter from Citi Bank, I found out that I’d only been approved for a $2,700 credit limit, which wouldn’t cover the $4,000 balance on my Chase Slate. I had worried about not being approved for a second balance transfer card, given that my debt to credit ratio was still so high and I’d been making minimum monthly payments, but I hadn’t even considered that I might be approved but not receive a high enough credit limit.

I decided to request a credit limit increase. This would temporarily decrease my score, but I didn’t want to apply for a third balance transfer card and risk knocking my score down even more and not getting approved. Unfortunately, I wasn’t approved for a credit limit increase as I was a brand new cardholder and had never banked with Citi before.

On top of being declined for the credit limit increase, I almost missed the cut off to transfer my balance before the promotional period on my Chase Slate card ended while I waited for their response. I was able to transfer $2,600 (the balance transfer fee would add $78, putting me almost at my limit) just in time.

With $1,400 still left on my Chase Slate, and 15 days left of my promotional period, I began considering a third option to avoid massive interest charges. I didn’t have enough time to apply for a third balance transfer card, and I didn’t want to apply for so many new cards in such a short period of time anyway.

As I was going through my wallet, I realized that I still had my Choice Rewards MasterCard from the credit union I bank with, First Tech Federal Credit Union. I hadn’t used it in a couple years because the rewards weren’t as good as my other cards, but I knew that it had a very low APR of 14%. I looked into the balance transfer terms of the card, and it turned out that it was one of the rare cards with a 0% balance transfer fee. It also had a 12 month 0% promotional APR on balance transfers, but unfortunately, I no longer qualified for the promotional APR.

I transferred the remaining balance of $1,400 to my credit union credit card just in time to avoid interest fees from Chase. The first thing I did was to set up automatic payments on both cards to make sure I didn’t make the same mistake twice.

In order to have my Citi Simplicity paid off a month before the end of the 21-month promotional period, I divided $2,600 by 20, which came out to $130. I set that as my monthly payment.

For my First Tech Credit Union card, I was being charged monthly interest fees, so I wanted to start out making the biggest monthly payment I could afford. I decided that I could handle setting aside another $300 a month to pay off my $1,400 balance and set that as my automatic monthly payment. At that rate, I would have the card paid off in full within only five months and pay minimal interest fees.

While I didn’t avoid interest charges, I took a temporary hit to my credit score, and it took me much longer to pay off my debt than anticipated, my situation could have been far worse. If I hadn’t been approved for a new balance transfer card, I would’ve had to deal with huge interest fees for years.

My biggest problem, in hindsight, was my mindset going into the balance transfer offer. I saw it as a way to avoid my debt – to pretend like it didn’t exist for a while. Instead, balance transfer offers should be seen as a way to kick your debt repayment into high gear and get it paid off more quickly. Only with that mindset will you be able to take advantage of the 0% APR offer without falling into a bigger hole.

Have you done a balance transfer? How did it work out?

Elizabeth is a freelance writer and “digital nomad” specializing in small business, entrepreneurship, career advice, real estate, travel, arts, and culture. She’s written for outlets as varied as Rawckus Music and Arts Magazine, Itcher Entertainment, Sweden Tips, Houzz, Hometalk, JobHero, Tico Times, and Eugene Weekly. Thanks to a three-year stint in a travel job, a knack for mining great deals, and credit card churning, she has not paid for a single flight since 2012, despite her constant travels. You can find her on Twitter @LizzieAldrich or her website, www.elizabethaldrich.com.