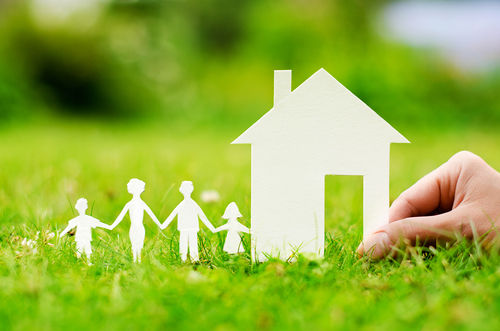 Thanks to new lending guidelines in recent years from Fannie Mae and Freddie Mac, buying a home is expected to be easier. One of the most important changes for prospective home-buyers has to do with how lenders will view minor credit blips when reviewing mortgage applications.

If you’ve had a late payment or two in the past, they’re less likely to count against you when it comes to securing financing. That doesn’t mean, however, that you’ll automatically qualify for a home loan if you have a score that’s just okay. If buying a home is in the cards for 2017, here are five things you should be doing now to give your credit a boost:

1. Take a Look at What’s in Your Report
If it’s been awhile since you checked out your credit report, now’s the time to give it a closer look. You’ll want to get copies of your report from each of the three major reporting bureaus, since the information that’s listed may vary. If you think your credit’s in pretty good shape, you can do this about two to three months before applying for a mortgage. You’ll want to give yourself six to nine months if you know there are some major negative marks you’ll need to clean up.

When you’re reviewing your reports, there are some specific things to pay attention to, starting with the kinds of credit you have. Ideally, there should be a mix of installment loans and revolving accounts, since each of them are weighted differently when it comes to how your score is calculated. If you’ve only got one or two credit cards, you might want to consider adding a small personal loan to even things out a bit. Just keep in mind that you don’t want to go crazy applying for new loans or lines of credit, since that could actually cause your credit score to go down.

The next thing to focus on is how old your accounts are. The longer your credit history is, the better since it demonstrates to mortgage lenders that you know what you’re doing when it comes to things like loans or credit cars. If you’re tempted to close any old accounts you don’t use, don’t–that can actually work against you when you’re trying to buy a home.
2. Correct Errors and Mistakes
While you’re browsing around your report, you want to be on the lookout for any signs of suspicious activity on your account. If you see a credit card that you don’t recognize or you’ve got balances on cards that you don’t normally use, that’s a big red flag that someone may have stolen your information. You’ll need to contact your creditor and the reporting agencies to issue a fraud alert to prevent additional fraudulent charges.

You’ll also want to check for errors or inaccuracies, such as a balance that’s being reported incorrectly or payments that weren’t applied properly. If you spot something that doesn’t seem right, you’ll want to initiate a dispute with the agency that’s reporting the information. Getting even a seemingly minor error corrected or removed altogether could mean the difference between a so-so credit score and one that’s good enough to qualify for a home loan at a great rate.
3. Stay on Top of Payments
By and large, your payment history has the biggest impact on your credit score. When you’ve got a bank that’s considering lending you hundreds of thousands of dollars to buy a home, you need to be able to show them that you’re capable of making your payments on time, every time. While nothing but time can diminish the negative effects of a late or missed payment, you can and should be making sure everything’s paid up by the due date going forward.

4. Get Your Balances in Check

Aside from your payment history and mix of credit types, another thing lenders take into account is your debt utilization ratio. This is basically the total amount of debt you owe compared to your overall credit line. If you’re carrying balances on an installment loan or credit cards, you’ll want to work on knocking those down as much as possible before you embark on your home-buying journey.

When you’ve got multiple cards that are maxed out or close to their limits, it sends the message that you’re not exactly responsible about using credit wisely. You should be aiming for a debt ratio of 30%-40% so if you’re way above that, paying those balances down needs to be a top priority.

5. Consider Whether It’s worth It to Settle up Old Accounts

Having delinquent accounts or collections on your credit can take a serious toll on your score but over time, the impact these accounts have lessens. Once you reach the seven-year mark, these old accounts should drop off your report entirely. Paying them in full can help your score in certain situations, so it’s something you need to consider if you’re in the market for a new home.

For example, the new FICO 9 scoring model puts less weight on medical collection debt that’s been paid in full. If you have some lingering doctor bills, ponying up the cash to zero out the balance could benefit you in terms of your score. On the other hand, if you’ve got a debt that’s close to the drop-off point, you may be better off waiting it out and delaying your home purchase a bit. Ultimately, you have to consider what your time frame is for buying and how much clearing those old debts will really help you in terms of the big picture.

If You Still Can’t Qualify…

Although changes in lending guidelines should open the door for more first-time buyers, there are still some borrowers who may still face obstacles in getting a home loan.

If you’re ready to become a home owner but you’re having trouble qualifying for a traditional mortgage, you shouldn’t assume that you’re shut out of the market altogether. There are a few ways to finance a home purchase that don’t involve taking out a big loan from the bank if you’re willing to think outside the box.

Learn How to buy a home without having to go through the banks on the next page.

When you’re financially able to afford a home but your credit is a barrier to getting a loan, buying on contract may be the answer. When you buy a house on contract, you make monthly payments to the seller or to a finance company on the seller’s behalf. The seller holds on to the title until you’ve paid the agreed-upon purchase price in full.

Buying on contract is similar to a lease-to-own arrangement but with some slight differences. When you lease-to-own, you typically pay your regular rent payment plus a few hundred dollars extra, which is held in escrow as your down payment. After you make a certain number of payments, you’d go through the bank to get a loan to finance the rest. If you decide not to buy, the homeowner gets to keep everything you’ve paid in.

In a contract for deed scenario, the seller is essentially financing the home to you so the bank never gets involved. That’s a definite plus if your credit is less than stellar. You may also have a bit more leeway with the down payment, since some sellers may be willing to accept less than the standard 20 percent down. The biggest downside with this kind of arrangement is that it’s up to the seller to determine what kind of interest rate you’ll pay, so it can be a more expensive way to buy compared to a traditional home loan.

2. Take out a Margin Loan

If you started investing early and you’ve earned some decent returns over the years, you could leverage those investments into a new home. Brokerages will allow you to take out what’s known as a margin loan, which basically means you’re borrowing against the value of your portfolio. Typically, you can borrow up to half of what your investments are worth and they serve as your collateral for the loan, instead of the property itself.

Like anything else, margin loans have their pros and cons. On the positive side, you won’t pay any closing costs, you’re not required to have your new home appraised beforehand and you won’t get hit with a prepayment penalty if you pay the loan off early. There’s no set repayment schedule, although it’s generally recommended that you at least make payments towards the interest each month.

As far as the downsides go, you’ll miss out on the mortgage interest deduction that homeowners usually get. You can, however, deduct the interest you pay on the margin loan. The interest rates tend be higher than what you’d get with a traditional mortgage and if your portfolio loses too much value, you may have to deposit cash into your brokerage account to make up for the difference. Weighing the risks against the convenience can help you decide if a margin loan is the wisest choice.

Paying for a home with cash may seem impossible but it’s not that far-fetched if you’ve got someone who’s willing to spot you the money. Taking out a loan from your parents or a friend allows you to sidestep all the paperwork and headaches that go along with getting financing through the bank and you don’t have to worry about how your credit rating measures up.

Obviously, borrowing a large sum of money from someone you know has the potential to negatively impact your relationship so it’s essential that you agree on the loan terms before anything changes hands. Drawing up a formal contract or at the very least, signing a promissory note gives the person you’re borrowing from a tangible guarantee that you’re planning to make good on the loan. It’s also smart to put how much you’re paying and what the interest rate is in writing so there’s no chance of it being disputed later on.

As long as the money is deemed a loan and not a gift, there shouldn’t be any tax implications for the lender. You will, however, miss out on the tax deduction that goes along with paying the mortgage interest which could mean a larger tax bill.

What you don’t want to do

If you’re tempted to drain your 401(k) or another retirement account to purchase your dream property, it’s time for a reality check. Even though you wouldn’t be paying interest on a loan to a bank, cleaning out your nest egg will still cost you a pretty penny.

The IRS assesses a 10 percent early withdrawal penalty for taking money out of your retirement account before age 59 1/2. Not only that, but if you’re pulling cash from a 401(k) or traditional IRA, you’ll also have to pay income tax on the distribution at your regular rate, which can eat up a huge chunk of your savings.

The other issue with raiding your retirement account is that you can’t replace your savings. Sure, you can begin making new contributions but you’re losing out on the potential earnings you could have enjoyed if you had left the money alone. Paying cash for a home is certainly appealing but not if it ends up costing you the kind of retirement you’re hoping for.

The bottom line is, when you’re on the hunt for ways to finance a home, you want to leave no stone unturned. Each of the three options we’ve suggested can make home ownership possible when getting a traditional mortgage just isn’t in the cards.