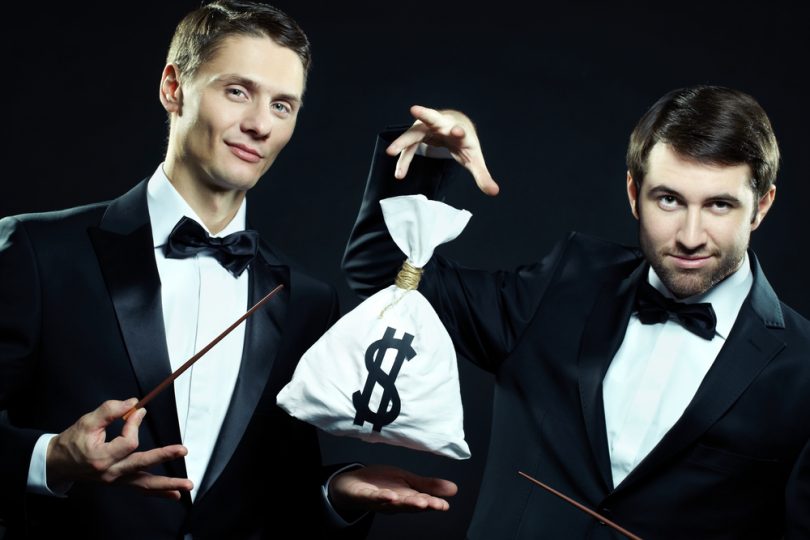 If you want to be rich – whatever your definition of that may be – it pays to change your mindset about money. Millionaires might really be a little different than the rest of us, at least when it comes to how they think about their cash.

So if you want to be a millionaire – or just learn to treat your money in ways that will help it multiply – take a note from our list of ideas straight from the horse’s mouth. When you apply these lessons to your financial life, you’ll get on the fast track to stability and wealth.

1. Get Comfortable With Risk

World-class investor Warren Buffett famously advised his heirs to put their share of his estate in index funds with a 90/10 split in favor of stocks over bonds. That’s a somewhat riskier allocation than the 60/40 you’ll often see from other advisors, but Buffet knows that successful, long-term investing means accepting short-term market fluctuations – and, yes, losses. Millionaires see some losses as a bump in the road rather than a catastrophe.

It’s important to note that Buffett’s advice assumes that those stock market investments will be diversified across the board. He recommends low-cost index funds that give you a little bit of everything being traded on the stock market to spread out your risk. In the long run, these index funds almost always outperform a human trying to second-guess the market – and they’re much, much cheaper since the fees are low.

3. Use Logic, Not Emotion

While the rest of us act out of fear, millionaires think about their money like a logical math problem to solve. In his book, How Rich People Think author Steven Siebold talked to a whole lot of wealthy folks and noted that their attitude about money doesn’t involve feelings at all. For example, the idea of paying down your mortgage early might make you happy, but if your interest rate is low, investing in the stock market instead can bring a much bigger return over the next 20 years. The lesson? Always do the math.

The millionaire down the street? You probably don’t notice how rich she is because she’s not out there buying fur coats and sports cars to show off. The most financially stable people live well within their means, and a new breed of them are stretching frugal living to the max while still enjoying early retirements and dream vacations. They’re rich because they keep their money instead of spending it, and they definitely don’t buy clothes and cars on credit.

If you think millionaires don’t think as much about their money as you, you may be right – but not for the reason you think. They set themselves up for success by automating their investing and banking chores. You can’t accidentally spend your retirement money when you have it taken right out of your paycheck, and you can’t get charged late fees when you schedule your bills to be paid automatically. Use technology to your advantage to make your money work for you without having to think about it.

According to Thomas J. Stanley, author of The Millionaire Next Door, the average millionaire drives a remarkably average car. Just because they have extra money doesn’t mean that they spend it on a terrible investment – new cars lose a great deal of their value the moment they’re driven off the lot, so lots of millionaires buy used cars and drive them forever. It also pays to drive less to save money on gas, maintenance and insurance.

Millionaires might also organize their daily planners differently than you do. Even when their goals don’t have to do with money, these highly effective people have a clear sense of what they want to accomplish. A good first step: Figure out your most important task of the day – the one that will do the most to help you reach your goal – and tackle it first.

8. Don’t Wait for Your Luck to Turn

Even though we know that there are many things in life we can’t control when it comes to our finances – the economy, your parents’ circumstances, your innate IQ – most millionaires ignore that fact and assume they have the power to get rich. While no one’s suggesting you go on an Ayn Rand-fueled ego bender, a bit of confidence in your ability to pull yourself up y your bootstraps and make your own luck can go a long a way. This is why rich people don’t play the lottery – they get to work instead.

9. Get More Than One Source of Income

If you led a silver spoon-free childhood, you have to earn your money. Many millionaires not only maximize their income – they diversify it. When you have more than one way of earning money, you don’t have to worry about losing your job (much) or one of your investments taking a temporary dive. Diversified income can come from investments, rental property or any number of side gigs you set up for yourself, so assess your skills and get cracking.

10. Think Your Way to Success

An idle wish to be more successful with your money isn’t going to cut it. Millionaires have a clear plan for their careers and their cash, and they’ve given the matter hours of intense thought. If you’re not sure where to begin, try asking yourself a series of questions about your goals to get at the heart of your beliefs. The more you think about it, the clearer your path to wealth and personal success will become.

When you adopt one or more of these new ways of thinking about money – and about your life in general – you’ll be ready to change your financial outlook for the better. Some of these ideas are a bit counterintuitive, but that’s why so many people keep spinning their wheels. Try on a millionaire’s mindset for a few months, and your actions will begin to mirror those of your role models.

How do you save? Let us know in the comments below!