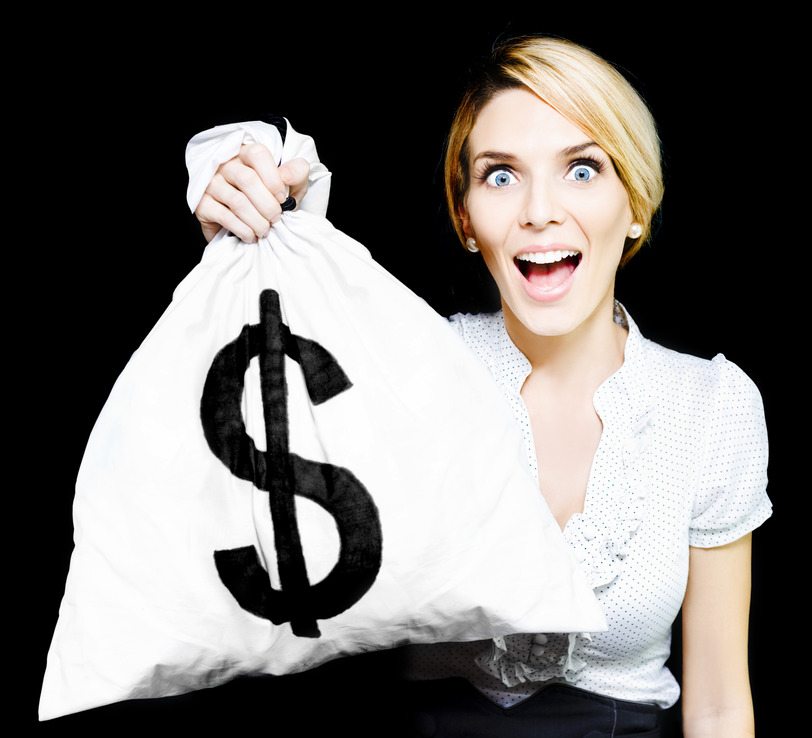 “A windfall is any unexpected money,” says Pam Horack, CFP® and founder of Pathfinder Planning. “It can be any amount, including a lottery scratch ticket. It’s money that you weren’t planning on, that you have now.”

Whenever you receive a windfall, it makes sense to consider your options. Before you spend that money, though, Horack offers 4 things you should know:

1. Small Amounts are Perfect for Treating Yourself

Often, when you receive a windfall, no matter how small, the pressure is on to do something “useful” and “smart” with it. Horack says that there are times that it’s just not worth it to take that approach. “If you are getting a little money, there is no point in trying to pay off a credit card,” she says.

When you have thousands in credit card debt, that $20 windfall from a lottery ticket isn’t going to matter. Instead, Horack suggests going out for lunch. “We all work hard and we all deserve a little treat,” she insists. If your windfall is less than $200, don’t worry too much about trying to do the “smart” thing with it. Small windfalls can be best spent on small, unexpected pleasures.

Don’t just start spending when you receive a large windfall, warns Horack. These large windfalls require that you take a step back and consider where the money will do the most good in your situation.

“You have this extra money, and you feel good,” Horack says. “It’s tempting to just start spending it because you feel like there’s no way you can get through it all.” As the windfall gets larger, there is a greater likelihood of falling into this trap.

Horack says to start by making sure that you have a good emergency fund. Use a big windfall to shore up your finances first. Then, look at paying down debt and perhaps investing some of the money for the future. After those things are taken care of, start thinking of fun things like vacations or buying a bigger house.

When you receive a windfall, there’s a good chance that the first thing you think about isn’t taxes. However, there are some windfalls, like lottery winnings, that come with tax implications. When you win $500,000 from a game show, you don’t end up with $500,000. Some of that money goes toward taxes.

Another tax consideration often overlooked is how your windfall affects your income situation. “What will it do in terms of throwing you into a higher tax bracket?” says Horack. “I see that problem a lot when people take money out of an inherited IRA.”

Horack suggests that, before you spend your windfall, you consult with someone who can help you make plans for the taxes. There are ways to have taxes taken out of lottery and game show winnings, as well as different strategies that can be used to reduce the total impact of your windfall on your tax situation.

“What if your inheritance or windfall isn’t cash?” Horack says. “If you inherit real estate, then you have other decisions to make.” She points out that expensive jewelry and artwork can be considered windfalls, and you will need to ensure that these items are properly insured if you decide not to sell them.

Tax issues can also affect non-cash windfalls. Horack points to the situation a few years ago when cars were given away by Oprah Winfrey. The IRS viewed anyone who accepted these cars as receiving a windfall, and wanted to collect taxes. However, unless they sold the cars, many recipients wouldn’t have the cash to cover the tax bill.

It’s always nice to receive unexpected assets. However, before you get too excited, take a step back, and consider the best moves for your money.

Miranda is a freelance journalist specializing in topics related to personal finance, investing, entrepreneurship, and small business. Since receiving her M.A. in Journalism from Syracuse University, her work has appeared on a number of web sites including Wise Bread, U.S. News & World Report, Forbes, AllBusiness, and Huffington Post. She writes for the Equifax blog and the Quizzle blog, and has written extensively about credit, retirement, insurance, and taxes for a number of other corporate blogs and web sites. Follow Miranda on Twitter, @MMarquit, and check out her personal finance blog, Planting Money Seeds.