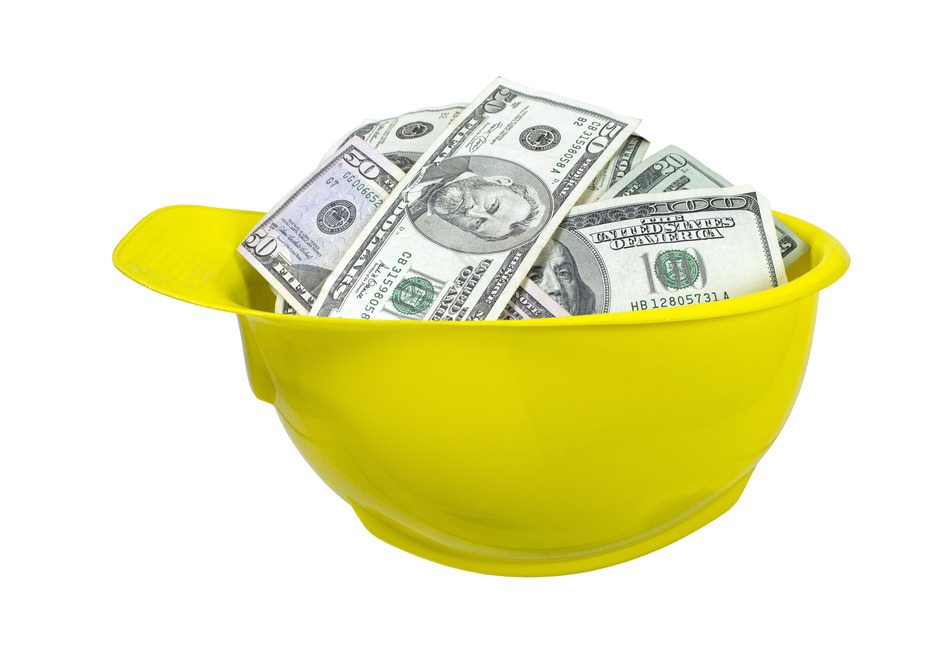 Every year, thousands of Americans contend with the difficult decision of filing for bankruptcy.

According to the American Bankruptcy Institute, 764,655 Americans filed for personal bankruptcy under Chapter 7 or Chapter 13 of the Bankruptcy Code in 2016 alone. As a result of either bankruptcy filing, debts are either reorganized or removed entirely, at the cost of one’s personal credit history.

Although everyone’s circumstances for bankruptcy is different, it does not have to be a scarlet letter of financial turmoil forever. Bankruptcies remain on credit reports for only seven years, after which they are no longer considered when banks and other lenders make financial decisions. During that time, there are actions anyone in bankruptcy can take to repair their credit.

As with any challenge in life, setting goals and working step-by-step can help anyone rebuild their credit. Here are five little-known ways to rebuild credit after filing for personal bankruptcy.

1. Create a Budget and Stick To It

Even though everyone has a different reason for declaring bankruptcy, some of the most common personal habits practiced by many Americans could contribute to those situations. According to a 2015 Federal Reserve report, just under half of those surveyed said they could not afford a $400 emergency expense, and would sell a personal item or borrow money to cover it. Furthermore, one-in-four said their spending habits exceeded how much money they earned every year.

By setting a balanced budget, everyone can not only cover their bills (including housing, utilities, and food), but also save money towards an unplanned emergency. There are several tools that can get people started towards setting up a budget – but the most important part is understanding costs compared to income. Through balancing a budget and sticking to spending goals, everyone can find money to save month after month, while preventing reliance on credit availability in the event of an emergency.

After saving up some money with a bank or credit union, the next step towards recovering credit from bankruptcy is opening a secured credit account. A secured credit card account is a special type of account offered by many banks as an alternative to those who cannot qualify for a traditional, unsecured credit card. Although it may seem like a token effort, the Federal Reserve found one-in-five Americans were either denied credit, or did not receive the credit line they requested – meaning healthy, credit building habits were not reported to the major credit bureaus

A secured credit card account is limited by a deposit, which guarantees (or “secures”) the line of credit. So long as the card is open, individuals will not be able to access that money. Additionally, that secured money can be seized by the bank if the account goes into default. As a result of responsible credit usage, most banks offering a secured credit card will report all usage to the three major credit bureaus. By using a secured credit card, those coming out of bankruptcy can rebuild their financial health.

For those who do not want the responsibility of a secured credit card or are not ready for the liability, another option offered by smaller banks and credit unions is a credit builder personal loan. Also known as a secured loan, a credit building loan offers an alternative to building credit over time.

4. Get a Co-Signer for Financing

When it is time to make a big purchase, such as purchasing a car, a rebuilding credit report after bankruptcy may not be enough to secure financing. In this situation, those with a bankruptcy on their report are often forced into two options: purchase from a “buy here, pay here” lender, or ask a co-signer to help secure financing.

When purchasing from a “buy here, pay here” lender, the terms are often not in favor of the buyer. These lenders often institute a high interest rate, and require weekly payments that can strain an individual’s income. Furthermore, these lenders do not report on-time payments through the credit bureaus. The result of all of these situations is a higher payment that does not help rebuild credit.

Instead, asking a co-signer for assistance in securing a traditional loan can help individuals in bankruptcy build their credit over time. A co-signer is guaranteeing the loan based on their credit, alongside those who have subprime credit reports. The loans are then reported back to the credit bureaus, strengthening a rebuilding score along with the co-signers score over time.

As a point of caution, one misstep can create a major problem for everyone involved. A co-signer is equally responsible for the loan, meaning their credit report could be negatively affected by a missed payment or default. When asking for the help of friends and family, it is important to be responsible in paying on time.

5. Monitor Your Credit for Reporting and Errors

Finally, securing new lines of credit and paying bills on time are not the only means of ensuring a healthy credit report after bankruptcy. Arguably the most important part in recovering a credit score is constant monitoring of credit reports from all three major credit bureaus for regular reporting and errors.

Ensuring accounts are reporting correctly can help those coming out of a bankruptcy ensure their credit is back on an upward, healthy trajectory. For accounts that are not reporting, those receiving the credit can request the items get reported to one of the three major credit bureaus. Errors in the reporting process can be corrected by calling the reporting bank, or filing an inquiry with the credit bureau.
Although bankruptcy is a very serious decision with lasting ramifications, it does not have to be a situation that defines one’s permanent financial health. By taking control of finances and being proactive about credit responsibility, anyone can rebuild their credit and recover from bankruptcy in due time.

Joe Cortez is an award-winning journalist focused on credit and personal finance management. His content has been featured by CNN, The New York Post, The Sun, and USA Today, and has been quoted as an expert by The Street, Bravo TV, and The Weather Channel. In his spare time, he can be found traveling the world on points and miles. For more, follow him on Facebook and Twitter.