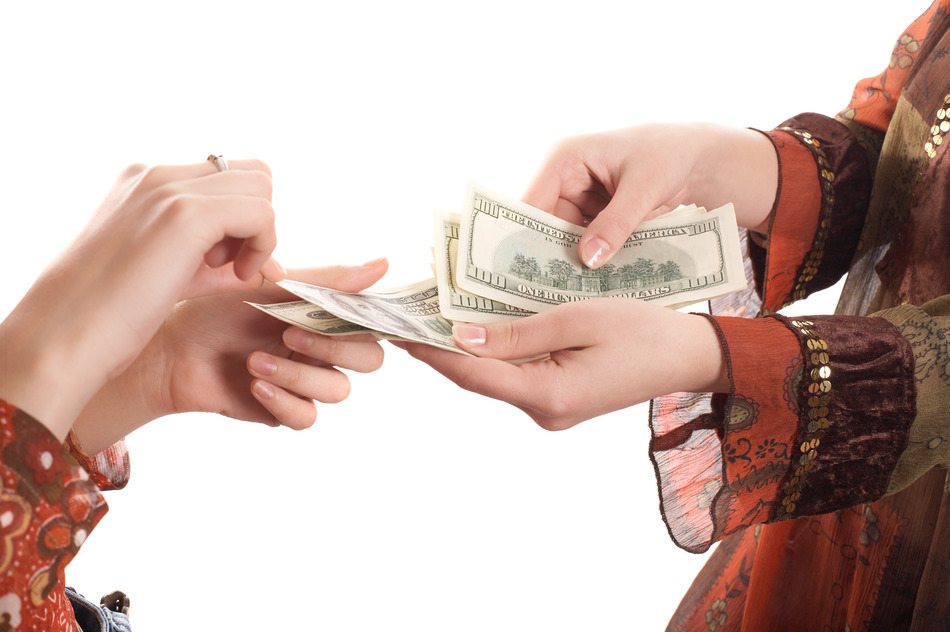 Getting into debt is easy but clawing your way back out presents a bigger challenge. There’s no such thing as a one-size-fits-all solution for eliminating credit cards or student loans and for some people, it means finding ways to increase their income so they have more money to throw at their debt. If ramping up your monthly cash flow could help you get pay off debt black faster, here are four smart ways to do it.

Asking for a raise can be intimidating but it can have a profound impact on your debt payoff if you’re able to convince your employer that you’re deserving of a higher salary. For many people, the fear of actually having a conversation about money with their boss is enough to deter them altogether but if you can get over the hump, you stand to reap some serious rewards.

When it comes to asking for a raise, timing plays a big part in determining whether your efforts are a success. You don’t want to make your move when the company’s been stuck in a sales slump, for example. Waiting until after you’ve completed a major project or broaching the subject on the heels of a positive performance review puts you in a stronger position to make your case.

Be prepared to provide evidence to support your reasons for asking for a raise. Simply arguing that you’ve been with the company X number of years and you’ve “earned it” by showing up everyday isn’t going to cut it. Pointing to specific results and tailoring your raise request so that it corresponds with your level of achievement gives you the strongest foundation possible to work from.

2. Take on a Part-Time Job to Pay off Debt

If getting a raise isn’t an option, a second job can generate the additional income you need to pay off debt. Working part-time on top of a 40-hour schedule isn’t ideal, but if you’re staring down a huge pile of debt it may be the only way to really make a dent. That doesn’t mean, however, that you need to jump on the first thing that comes along.

When you’re scoping out part-time job opportunities, looking for something that suits your interests and your skills can make it a little more bearable. For example, if you’re good at talking to people and you love the smell of coffee brewing, a part-time gig at Starbucks might be the perfect fit. Juggling two jobs is enough to wear anyone down but it’s not as difficult to get through the work week when you enjoy what you’re doing.

The other advantage of working part-time is that it may come with some nice perks. Big-name retailers like Whole Foods, Lowe’s and Costco are just a few examples of companies that extend benefits like health insurance, retirement savings options and vacation time to part-time employees.

3. Start a Side Hustle

A side hustle is anything that brings in extra income but doesn’t fit into the typical mold of a full- or part-time job. Side hustles can center on a particular skill, such as writing or website design, or they can be based around a specific service like mowing lawns or acting as a virtual assistant. The size and scope of your side hustle really depends on what it is you want to do and how much time you have to devote to it.

When you’re stuck for a side hustle idea, start by taking a look at what you’re good at. From there, ask yourself what kind of need there is for what you can provide. Don’t think you have to limit yourself to just one side hustle either. The more creative you are about finding ways to turn your time and expertise into cold hard cash, the closer you’ll get to debt freedom.

One thing to remember about starting a side hustle is the potential impact on your taxes. If the IRS considers your little venture to be a business rather than a hobby, you’ll be on the hook for paying income tax and self-employment tax on the money you make. If your side hustle transforms into a bonafide money machine, the end result could be a much bigger tax bill.

4. Use What You Have

Sometimes, the key to cranking up your income is sitting right under your nose. If you’ve got a house full of stuff you’re not really using, selling it online is an easy solution for cleaning up the clutter and raking in a few bucks to use for paying off debt. The same goes if you’ve got an extra car sitting in the driveway that you could feasibly do without. Whether you’re putting a lump sum towards your debt or just a few pennies at a time, it all makes a difference in the long run.

You’ve also got a valuable asset at your disposal if you own a home. Leasing it out and moving into a smaller apartment is one option as long as you’re not squeamish about the prospect of becoming a landlord. If you don’t want the added responsibility, you could rent out a room to travelers on Airbnb. You could even throw in the use of your car through a service like RelayRides. The key is to take a look at all of your assets and figure out how to leverage them to bring in the extra money you need.

Increasing your income to pay off debt by itself isn’t a magic bullet. You’ll also need to take a look at your budget to see where you can cut spending. Doing one without paying attention to the other could end up sabotaging your debt payoff strategy.

How are you dealing with your debt?