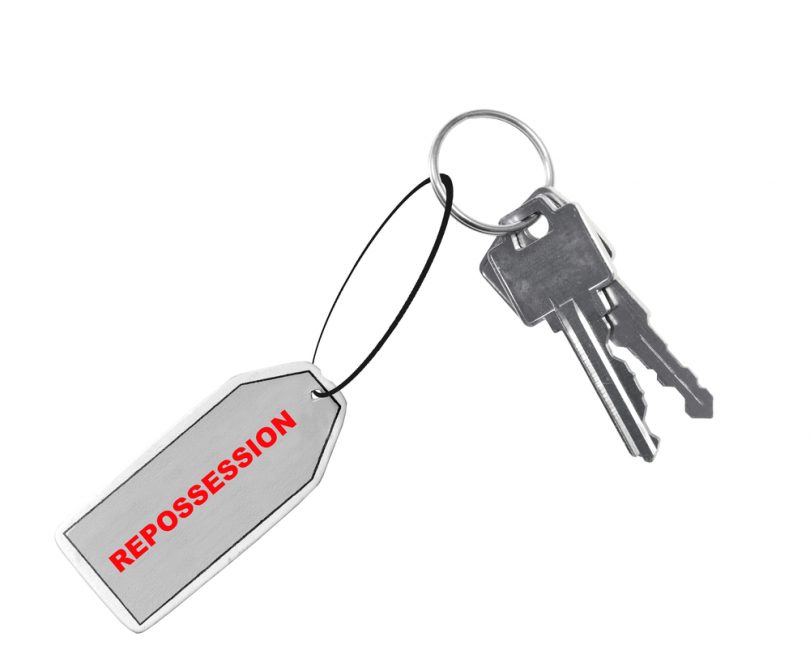 Most consumers would never dream of intentionally allowing the bank to repossess their car or truck. But, by not making your loan payments, you’re asking for a bank to repossess your vehicle. In the world of vehicle loans, a default will occur much sooner than other types of credit. You could find many unpaid car loans headed to repossession just after a few months of missed payments.

When you take out a vehicle loan, you pledge the car or truck as collateral for the loan. If you don’t make the payment, the lender can come take back the vehicle and sell it at auction to cover the cost of your outstanding car loan balance.

Countless repossessions occur every single day, and consumers who have undergone the horrible experience of losing their transportation need to understand how repossession happened and its impact on their credit score.

Repossessions can devastate a consumer’s credit score. They are considered to be derogatory events by both the three credit bureaus’ scoring models. Fair Isaac, the creators of the FICO credit score, also considers it a significant derogatory event.

Both “voluntary” and “involuntary” repossessions have the same impact on a consumer’s credit reports and credit score. So, even if you voluntarily returned the keys to your lender, you will still see an impact on your credit score.

If a repossession appears on a consumer’s credit report, it is legally allowed to remain there, according to the Fair Credit Reporting Act, for seven years from the date of default on the original loan. Thankfully for the consumer, repossessions will sting less as time passes. And, when the credit bureaus remove the repossession mark from your credit report after seven years, any negative score impact will end.

The credit bureaus place a higher weight on recent events when they calculate your credit score. So, the effect of a repossession will diminish over the seven years until the bureaus remove it completely from your credit history and credit report.

What Happens When a Repossessed Vehicle Is Sold?

After a bank repossesses a vehicle, it is common practice for them to sell your vehicle, privately or at an auction, for the lender to try to recoup as much of the borrowed funds as possible. This practice of reselling repossessed vehicles tends to cause a lot of confusion among consumers and often leaves them asking the question, “How does the sale of the vehicle impact the remaining balance owed on the loan?”.

Repossession laws vary from state to state, but any state is going to require that, if a bank indeed sells a repossessed vehicle, then the sale must be conducted in a “commercially reasonable manner.” It is important to understand that a “commercially reasonable manner” does not necessarily mean that the lender must sell the vehicle for its full Kelley Blue Book value.

However, if the vehicle is sold for a price significantly lower than its fair market value, then the consumer might have the ability to file a claim against the creditor for damages.

In most cases, the lender will sell the vehicle for as much as possible, but it is still often not enough to cover the loan amount. Selling a car below your loan payoff value leaves what’s referred to as a deficiency balance. And, the original borrower is responsible for the deficiency balance and whatever additional monies the lender paid to have the car repossessed.

Creditors can go after borrowers for any remaining balance a variety of ways including reporting the remaining balance after selling the repossessed car at auction to the credit bureaus, outsourcing the debt collection to a third party debt collector, or suing the consumer for the balance. Owing money to your lender even after a repossession often comes as a shock to consumers. Point being, just because your lender has repossessed your car, it doesn’t mean the troubles you had with your lender are over.

Similarities Between Voluntary and Involuntary Repossessions

Lenders do not like to see either type of repossession on your credit reports because both types boil down to the same problem. The borrower failed to pay back his or her car loan according to the terms of the original loan agreement.

Therefore, since you already broke a loan agreement in the past, statistically there is a higher probability that you will not pay back future loans according to their terms. As a result, your credit score will likely suffer if either type of repossession appears on your credit reports. And, lenders may balk at working with you in the future, at least in the near term.

Differences Between Voluntary and Involuntary Repossessions

First, you might find a voluntary repossession to be a less stressful experience than its involuntary counterpart. Personally driving your vehicle to the lender who issued the loan is certainly going to feel like a more dignified way to endure the unpleasant experience of repossession. And, in truth, it probably is much less embarrassing than watching your vehicle get loaded onto the back of a tow truck in front of all of your neighbors.

Another difference between voluntary and involuntary repossessions is the actual cost involved. When you fail to surrender a vehicle back to the lender after you have defaulted on a loan, the lender will eventually have to hire someone to come pick up the vehicle from you, perhaps in the middle of the night. Naturally, there is a cost associated with hiring someone to repossess your vehicle and that cost would typically be passed on to you and added onto the outstanding amount owed on your credit reports.

Options to Repay the Deficiency Balance of a Repossession

While having a repossession on your credit report is devastating already, you don’t want to compound the situation by forcing the lender to report the deficiency balance from the repossession’s sale to the credit bureaus too.

If you are facing a forthcoming repossession, then you are likely going to face serious consequences with regard to your credit score when the lender reports the repossession to the credit bureaus. In fact, when it comes to credit problems, repossessions are among the worst you can experience. It’s the default of a loan.

A repossession can have a severely negative impact on your credit reports and scores. It’s an impact, which will have the ability to linger and haunt your credit for many years to come. And, the pain doesn’t always stop with the repossession as lenders continue to pursue borrowers for the deficiency balance after the bank sells your car at auction.

But, a repossession is not the end of the world. You can slowly rebuild your credit score with good financial habits and pay off other loans.

Generate Div table elements for your website with this free online tool! It is capable of generating and convert grids.

Hank Coleman is the publisher or the popular personal finance blog, Money Q&A. He’s also a freelance journalist specializing in retirement planning, investing, and personal finance. You can also find him on Twitter @MoneyQandA.