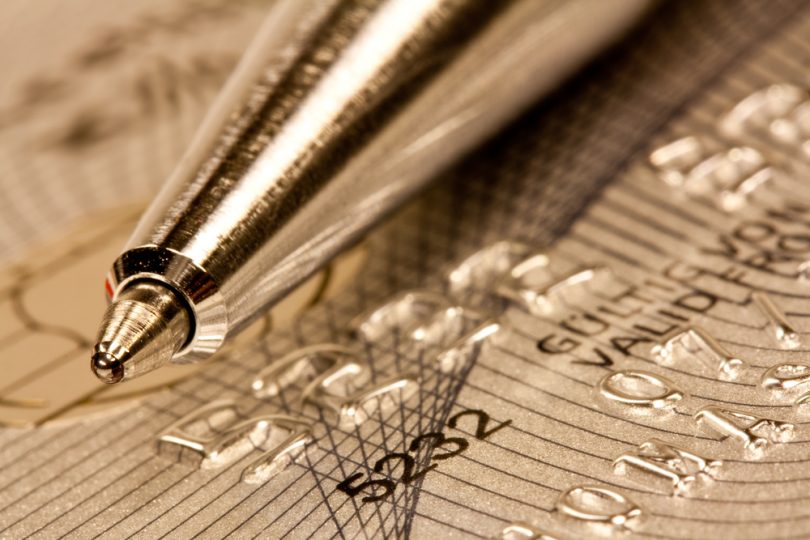 Most American adults are very familiar with the credit card signature. When your new credit or debit card arrives in the mail, it comes with directions to sign the back. Then, nearly every time you swipe that card for a purchase, you are required to sign on the line and verify that you agree to your end of the credit card customer agreement. But those signatures we all know so well are coming to an end. Continue on to learn about the demise of the credit card signature and what to expect going forward.

The rise and fall of credit card signatures

Using signatures for identity verification has become a laughable practice today. In the past, before the internet and before modem style credit card authorization over the phone lines, merchants didn’t have any way to know if a card was real or fake, and the only tool they really had to know that you were really the person who is supposed to use the card is signature verification. They would compare the signature on the back of your card to the signature on the receipt to ensure you were really you.

Now credit card transactions are authorized and completed with a live network connection to the card issuer. The retailer knows the card is good or bad instantly. Very few retailers really check signatures, and for online transactions signatures are impossible. Many in-person transactions use digital signature pads, where your name rarely looks anything like your real signature. Clearly signatures have huge limitations when used for identity verification.

The second purpose of the signature is to secure a transaction. If, in the future, the transaction were in dispute, the merchant would be able to hypothetically produce the signed receipt proving it was you indeed who made the purchase. But if the signatures rarely match and are illegible, this feature becomes a moot point.

Fraud is a major problem in the modern payments industry. In 2016, fraud losses totalled more than $16 billion for consumers. Clearly this is a serious problem, and one that needs to be addressed. The age old method, credit card signatures, simply is not working any longer.

Because these fraud losses, which are generally paid for by the issuing bank or credit card company, are so big, they are willing to spend billions to combat the problem. These dollars have gone into some new technologies we see in new credit cards, and some that work silently behind the scenes.

One method that helps combat fraud is the relatively new EMV security chip on our credit and debit cards. The chip became a standard in the United States in October 2015. However, it had been around in Europe since the 1980s! We were way behind when it comes to card security. The name of the security chip, EMV, is an acronym for Eurocard, Mastercard, Visa, the three companies that built the chip standard.

Chips don’t do anything to combat fraud online, but neither did signatures. Where EMV chips do help is for in person purchases, known as “card present” transactions in the industry. In the past, it was easy to steal the information from the card’s magnetic stripe and replicate the card. With the EMV chip, replicating a card to use in person is no longer a viable option for criminals.

The next place banks and card issuers are looking to fight fraud is between the time you present the card and the approval. Using amazingly complex fraud detection systems, the financial industry is busy constantly updating a profile used to determine if a purchase was actually made by you. It looks at stores, purchase amounts, geography, typical purchases, and many other factors to predict if it is really you on the other end.

If you’ve ever gotten a call from the bank asking if you were on vacation somewhere, these systems picked up a transaction outside of your normal shopping areas. If you see a fraud alert or a text message from your bank asking if something was really you, it is the same systems at work. One of the biggest leaders in this space is Fair Isaac Corporation, the same company that came up with the formula to calculate your credit score. They use risk scores to decide if the transaction is approved or denied, typically within just a few moments.

Starting in April 2018, the four biggest credit card networks in the United States are saying goodbye to credit card signatures. Mastercard, Discover, American Express, and Visa all made announcements around removing signatures starting in April. If you live and work in North America, you should see those signatures stopping quickly after the start of the month.

Mastercard shared that 80% of in-store transactions are already done without a signature. The remaining 20% go signature free in April worldwide. Discover and American Express are dropping signatures globally as well. Visa is a little more apprehensive, stating that merchants with EMV chip terminals or contactless payment terminals can stop signatures in April. Those that still rely on swiping cards will remain under the signature requirement. Further, this is specific to North America. It is not clear when the signature rules may be dropped around the world.

But while Visa is taking it a little slower than the rest, signatures are effectively done in the United States this April. You may still need that John Hancock every once in a while, but virtually all large chains should be on board immediately, with smaller businesses following suit as they finish upgrading to chip reading terminals.

As a consumer, this means faster and easier checkouts. You can dip your card, wait for it to beep and tell you to remove your card, grab your receipt, and be on your way. No more pesky pens or signature pads to deal with. You’ll be able to just pay and leave. Saving that little bit of time is something we can all appreciate.

Learn the easiest Rubik’s Cube solution with the beginners method. You have to memorize only 7 steps to fix a scrambled cube.