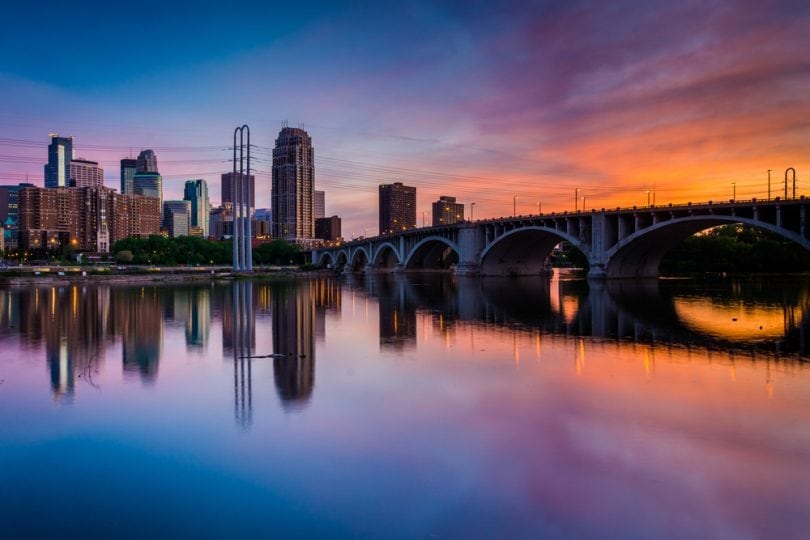 Does your neighbor’s credit habits impact how you handle your finances? According to some interesting data, the answer is yes. Credit reporting bureau Experian recently released its State of Credit report, and it shows that cities in one region have the highest credit scores in the country while a region on the opposite side of the country have the worst.

Where does your city fall, and how does it compare to the cities with the best and worst credit? Let’s take a look at the results and see how your credit score stacks up.

Cities with the best credit scores

The best credit scores in the nation are almost all in America’s great north-central region encompassing Minnesota, Wisconsin, and South Dakota. With one exception all of the top ten cities for credit scores land in this region. The only oddball is San Francisco, which is nowhere near the rest.

Here is a list of the top ten credit score cities according to the report:

Four of the top ten are in Minnesota four are in Wisconsin. That is a very interesting correlation. What is in the culture of these states that puts them ahead of the rest in terms of credit?

Looking at Minnesota, the region has a strong economy and relatively low cost of living compared to big coastal cities, so residents may find themselves in a better financial footing than other cities. Minnesota also ranks high in education, which doesn’t hurt career and job prospects.

But at the same time, according to Experian, Minnesotans tend to be better at paying their bills on-time. The Midwestern mentality is to prioritize savings and pay down debts. The study found that Minnesotans keep credit card balances low and 80% of residents do not have any accounts past 90 days due.

Low unemployment helps, but it comes back to the fundamentals of paying bills on-time and paying down debt. Is it because it’s so cold in the winter they just sit around looking at their finances? Or maybe it is a good example set by neighboring friends in Canada? I doubt it!

Cities with the worst credit scores

For the remaining cities, they are all in Mississippi, Georgia, Texas, Louisiana, and Alabama. Texas claims four of the cities with the worst credit scores and Louisiana follows with two, but these are not titles to brag about. Here is the full list from Experian:

These states tend to rank lower in many economic metrics, which can hurt local residents and bring down credit scores. These states were also hit hard in the 2008 recession and have not seen an economic rebound in-line with many other states.

Some factors in common that link these states in contrast to the states with the best credit scores include education and higher in unemployment. But ultimately it is a combination of late and missed payments, bankruptcies, and high debt balances that hurt credit scores.

While these 20 cities show the best and worst extremes of average credit scores, most people fall somewhere in the middle. According to the study data, here are some other interesting averages when it comes to credit and credit scores:

The average credit score is the highest it has been since the Great Recession, which is good news for Americans all around.

What stood out to me from the list of averages is the average number of retail cards. Store credit cards are generally a bad deal for interest and bad for your credit score. That so many people have one shows that either stores are really good at pushing them, people don’t know better, or a combination of both.

The study also found a disturbing but well-known fact, that the average credit card and student debt levels are on the rise. In February 2017, total credit card debt surpassed $1 trillion in the United States for the first time. That is a big number.

The average student loan balance is $34,144, with 44 million Americans owning $1.4 trillion in total student debt. This student debt is holding young professionals and families back from buying homes and making other expensive steps forward in life.

Focus on fixing your finances

It seems a lot of people are worried about keeping up with the Joneses, but remember that the Joneses likely have $10,000 in credit card debt. It doesn’t matter if you live in a city or state with good or bad credit trends, all that matters is what happens in your own personal finances and credit.

Follow best practices, pay off your debt, create and follow a budget, and always pay your bills on-time. If you do, you are on track for a great financial future.