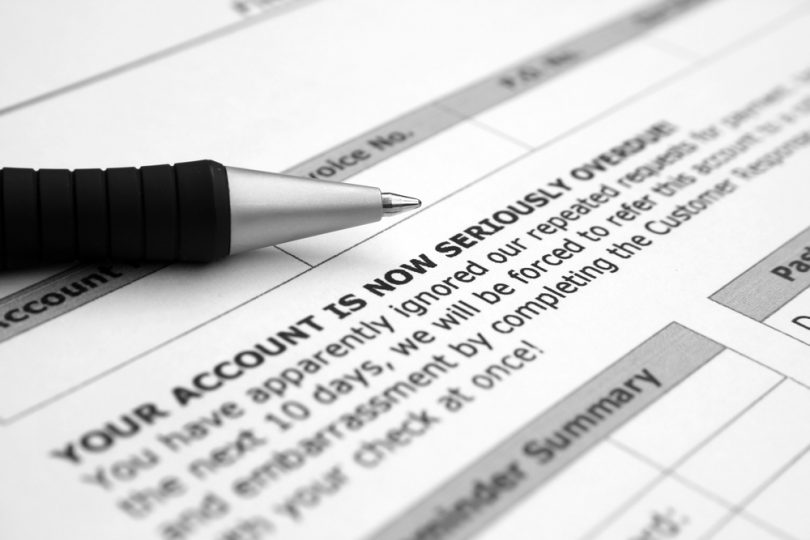 When you owe money to a person or business, there is usually a maximum amount of time that you can be taken to court and sued for damages. It’s called the statute of limitations for debt collection, and each state has it’s own set of laws. As you’ll see by the chart, some states are more lenient toward the consumer (you) while others are considerably tougher.

Mind that there are some types of debt where there may be no statute of limitations at all. For example, in California child support arrearage may be exempt from the statute, so will stick with you until it’s deleted. However most liabilities fall in the category where there is a fixed number of years for the creditor to take legal action. In fact, there are four basic kinds of contracts regarding financial obligations:

Oral. Example: You borrowed money from someone and said you would repay by a certain date. It was all done verbally and perhaps with a handshake.

Written. Example: You borrowed money someone (or you owe for a service or for goods). You and the lender or business put the deal in writing and the document was signed by both parties.

Promissory. Example: You borrowed money from a bank for a car or a home. It’s more formal than a written contract. The terms of the agreement are clearly spelled out, including interest rates and the amount of the regular payment.

Revolving. Example: A credit card issuer allowed you to borrow up to a certain amount (your credit line) and you borrowed some or all of it.

All of the states in red come with an important distinction. For at least one of the debt types on the chart, you can be sued after it is no longer allowed to be listed on a credit report.

According to the Fair Credit Reporting Act, a federal law, the majority of bad debts can remain on a consumer’s credit report for a total of seven years. The clock starts on the date of your last payment or when it was sold to a third-party collector.

Therefore, let’s say you were supposed to pay your dentist $1,500 for some work you had done, but you never did. That would probably be considered a written debt, even after the dentist gets fed up with you and turns it over to a collection agency. The collector then has the right to send the account information to the three credit reporting agencies — TransUnion, Equifax, and Experian — which will add that information to your reports.

If seven years passes and you have never made good on the debt, the account will be removed from your reports. The only problem? If you live in any of the states that allow creditors for written contracts to sue after seven years has passed (Iowa, Illinois, Indiana, Kentucky, Louisiana, Missouri, Montana, Ohio, West Virginia, and Wyoming), you could still be dragged into court! In the event you lose the case, you will have a judgment placed against you. The creditor that won can then use whatever collection methods are permitted by the court, which might be a wage garnishment where a portion of your income is taken until the liability is zeroed out. If you own property a lien may be slapped on it, which makes the title unclear, and if you have valuable assets or cash in bank accounts, it may be claimed.

What is also very important to know about the statute of limitations for debt collection: There are some nefarious companies that flaunt the law. While the Fair Debt Collection Practices Act prohibits collectors from suing (or even making threats that they will) you for a debt that has exceeded the statute of limitations, a few will try anyway. And if they do but you ignore the summons to appear in court, they can win and you can lose by default! Can you fight it afterwards? Sure. but it will only add to your pain and suffering.

The good news is that once you know how long a creditor really has to sue you, you have some power over the situation. If you know a debt is very close to the statute, you may choose to let it ride over that time. Or if you have just discovered that they still have many years to take legal action, you may want to take it as a sign to get on it and do what you can to pay.