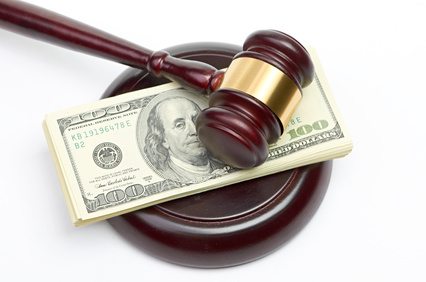 Getting sick or injured can lead to an unexpected hospital stay and before you’re back on your feet, the medical bills have already started piling up. If you’re not able to pay, your doctor or the hospital could turn the debt over to a collection agency. At that point, the debt collector can take you to court to try and squeeze the money out of you. What you do next after you’ve been served notice that you’re being sued can make a huge difference in the outcome of your case.

When a debt collector sues you for an unpaid medical bill, they have to give you a heads up that a lawsuit has been filed. This notice comes in the form of a summons, which tells you who’s suing you, the amount they’re suing for, when your court date is and where you’re supposed to appear. You might be tempted to panic when you get the summons but you need to keep calm so you can respond.

You only have a limited amount of time to answer the summons and file it with the court so you don’t want to put it off. Your answer should explain whether you admit or deny the collector’s claims and why. For example, if you never got a bill for the charges you’re being sued for you could cite a lack of notification. You need to choose your wording carefully, however, since admitting to owing the debt could cause result in a win for the collection agency.

Good records are the key to defending yourself against a medical debt lawsuit so you need to spend some time gathering up copies of your bills. That’s particularly important if you know that the bill you’re being sued for has already been paid by your insurance or you’ve paid it out of pocket.

Aside from the bills themselves, you’d also want to track down receipts, bank statements showing what you’ve paid and statements from the insurance company showing which charges were covered. The more paperwork you have to back up your claim, the harder you’re making it on the collection agency to prove their case.

3. Check the Statute of Limitations

The statute of limitations puts a time limit on how long a creditor has to sue you after you default on a debt. It doesn’t begin until you miss a payment and once it expires, you can’t be hauled into court, although your obligation to pay the debt doesn’t go away.

If you’re being sued over a medical bill that’s several years old, you need to check out the statute of limitations in your state to see if the window has closed. Medical bills are generally treated as a written contract so the time frame may be anywhere from two to six years, based on where you live.
One thing to be aware of with the statute of limitations is that you can restart the clock without realizing. Making just one payment or agreeing to make a payment can reset the statute, giving the creditor more time to come after you for the debt.

If you’re still within the statute of limitations and you know that you owe what you’re being sued for, you might want to think about trying to settle up. If the collection agency wins their case they can garnish your wages or try to freeze your bank account. Settling allows you to resolve the debt for less money and it’s not as damaging to your credit as a judgment.

How much you’ll be able to knock your medical bills down depends on how old they are, what you owe and how open the collection agency is to the idea. For a bill that’s several years old, you might be able to get away with paying just 25 percent of the original balance. Something more recent, however, might require you to put up a little more cash to settle.

The most important rule with a settlement is to always get the terms of the deal in writing so the collection agency can’t renege later on. When it’s time to pay, make sure you’re using certified funds and never give a debt collector direct access to your bank account or credit card information.

If you don’t have the money to settle and you’re worried about your wages being garnished, filing bankruptcy can put a stop to a medical debt lawsuit. There’s no limit on the amount of medical debt you can include in a Chapter 7 filing and you can throw in any other unsecured debts that you can’t pay, such as credit cards or personal loans.

The downside to wiping out medical bills through bankruptcy is that your credit’s going to feel the pinch. That may not be a big deal if you’re not planning on applying for a loan in the near future but it can put you at a disadvantage if you’re interesting in buying a car or a home. Weighing the potential damage to your credit against the financial implications of losing the lawsuit can help you decide which is the less painful option.