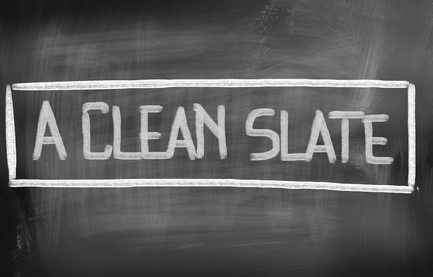 Being in debt is no picnic. When you’re paying on credit cards, car loans, student loans or a mortgage those payments can add up to a serious drag on your cash flow. All that money that’s going to debt is money you can’t drop in your emergency fund or save for retirement.

When your debt load reaches the point where you’re struggling to keep up with the payments and the amount you owe is causing a panic attack, you might be wondering if it’s time to file bankruptcy. Filing Chapter 7 bankruptcy can be a solution when you’re financially overwhelmed but you don’t want to make a move without weighing the pros and cons.

Using Chapter 7 to dump your debt

When you file Chapter 7, you’re telling the bankruptcy court that you have no way to repay what you owe. You file a petition with the court that lists out all the debts you want to get rid of.

The court uses two different tests to decide whether you’re truly bankrupt. The first is the means test. Essentially, the court looks at your income and compares it to the median income for your household size in your state. If your income is less than the threshold for the number of people in your family, you pass the means test.

If your income is above the limit, you may still have another shot at filing Chapter 7 if you can show that you don’t have enough disposable income each month to pay your debts. Disposable income just means the income you have left over after you pay your basic living expenses, including housing costs, taxes and insurance.

Assuming you pass either the means test or you qualify for Chapter 7 based on your disposable income, the rest of the process is fairly easy. You’ll have to go to court and your creditors have the right to appear and challenge your filing. Assuming there are no blips on the radar, the court will discharge your petition and your debts along with it. Once your case is discharged, you’re no longer on the hook for any debts you included in your filing.

What debts can Chapter 7 bankruptcy eliminate?

Chapter 7 covers a pretty broad scope in terms of what you can include in your filing. Generally, you can file bankruptcy to discharge:

You can also include a car loan in Chapter 7 but there’s a catch. You have to surrender the car back to the lender. If you defaulted on a mortgage and you went through a foreclosure or short sale, you could also include any deficiency balance you owe. A deficiency balance happens when you owe more on the loan than what the bank is able to resell the home for.

What can’t be canceled out in Chapter 7?

There’s one category of debt that’s a question mark in bankruptcy: student loans. Generally, you can’t discharge student loans in a bankruptcy filing. The court does make some exceptions but they’re rare. For example, you may be able to get your student loans discharged in Chapter 7 if you can prove that you’ve tried to pay on your loans but you can’t pay them off because of an ongoing, sustained financial hardship.

You might have another possible out if you believe that your lender defrauded you in some way but that can be tough to prove. In most cases, bankruptcy isn’t an option for dealing with student debt. If you’re swamped with loans, you may be able to make them more bearable by consolidating or refinancing them, or looking into an income-sensitive repayment plan.

Is there any downside to filing bankruptcy?

Chapter 7 bankruptcy can help you dig your way out of a debt hole because it effectively cleans the slate once your case is discharged. Getting free of your debt comes at a cost, however.

When you file bankruptcy, it shows up on your credit report. A Chapter 7 filing can stay on your credit history for 10 years. In the meantime, it knocks major points off your credit score. If you come out of a bankruptcy filing with a score below 500, you’re going to find that most credit doors will be closed to you until it recovers. It can take a couple of years to get your score back in a decent range.

If you are able to get credit, it’s likely to be more expensive when you’re fresh off a bankruptcy filing. Be prepared to pay double digit interest rates on what you borrow. If you’re trying to get a credit card, you may be limited to a secured card initially, which often tend to have higher fees.

So, should you file?

Filing bankruptcy can provide a short-term payoff if it allows you to escape your debt nightmare but there are some long-term consequences for your credit. Before you file, you need to think about whether it’s worth it, especially if you’ve got a lot of debt but not all of them are dischargeable.

If you’ve only owe a few thousand dollars in credit cards, for example, but you’ve got a $40,000 student loan burden, bankruptcy probably isn’t going to offer you the kind of relief you’re looking for. You also need to think about your financial habits. If you’re not taking time to address the reasons why you got into debt trouble in the first place, you could find yourself in hot water with creditors all over again.

In the end, whether or not you should file Chapter 7 really comes down to how much it’s going to help you in the long run.