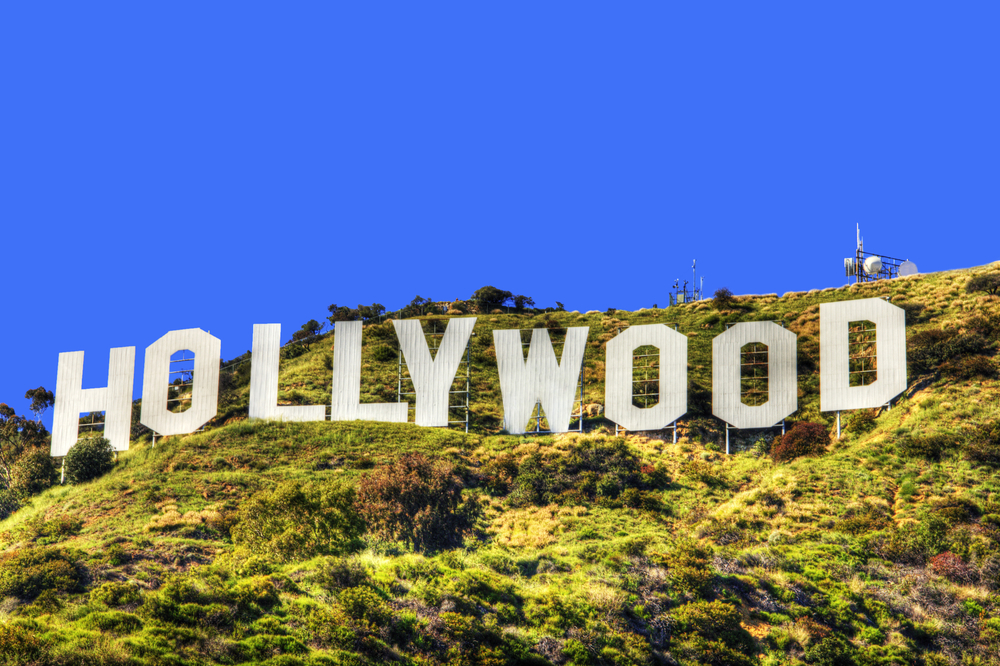 Ordinary folks aren’t the only ones who occasionally mishandle credit and money or bungle business ventures. The famous and fortunate also err and when they do, it can be on a particularly epic scale. Here is just a small sampling of stars whose fascinating financial affairs have hit the nation’s newswires.

How did these six celebrities’s finances go so awry, and what can the rest of us learn from them? Experts weigh in.

Actor and comedian Amy Poehler dined out with colleague Seth Meyers and when the bill ar-rived, both plunked down their credit cards. Yet they accidentally pocketed each other’s plastic, and Poehler took Meyers’ card out for a spin — thus committing her version of identity theft. Said Poehler, while guest-spotting on Late Night with Seth Meyers, “And I had his credit card for a while and I had some fun with it. I took my family to San Francisco for the weekend.” She also needled him into making a charitable donation on the account, while holding his card hostage.

What went wrong: Although Poehler was pulling a prank, using someone else’s credit card with-out their express authorization is, technically, illegal. More, the card was in the wrong hands for a reported few weeks. In that time, Meyers should have called the credit card company to shut the account down.

Lesson for all: In multiple payer situations, always check the name before signing the bill and taking the card. It’s easy to make this mistake, since credit cards tend to look alike, especially when the issuer is the same. If you do walk away with the wrong one, contact that person imme-diately to return it, says Paul Stephens, director of policy for the Privacy Rights Clearinghouse, a nonprofit advocacy organization. And don’t even think about shopping with it — not even as a joke. “Aside from fraud, it could have serious implications for the cardholder,” says Stephens, explaining that a large balance can negatively affect the person’s credit rating. Not funny.

2. Kanye West is $53 million in debt? Begs billionaire for help?

Is music mogul and social provocateur Kanye West really in the hole and did he actually beg Mark Zuckerberg for a handout? The story is ever updating, but it all began with a series of texts claiming so from West himself. Mother-in-law Kris Jenner contends the debt is due to his clothing line’s investment costs, and that personally he’s doing just fine. Yet his stream of documented extravagances, which include renting a major league baseball stadium along with the Chicago Symphony Orchestra to propose to his wife Kim Kardashian, and his current project of building an enormous, luxurious lake-like swimming pool belie reality. Run the spending numbers and it would appear that even his estimated $22 million annual income may fall short of paying for it all.

What went wrong: West hasn’t revealed exactly what’s going on, but it does appear he’s discon-nected from cash flow, says Corey Pelton, a Los Angeles business manager for entertainers. Many of Pelton’s clients come into wealth fast, without realizing that this money may need to last them several years or more. Worse, says Pelton, is that big names like West tend to be removed from their day-to-day finances: “They have no idea how much they really have. We try as best we can to get them to review the monthly financials we provide, but oftentimes they’re too busy or overwhelmed when it comes to looking at financial information.”

Lesson for all: “Have a budget!,” stresses Pelton. “Ninety-five percent of people don’t have one, but it’s extremely important to figure out what your net cash flow will be after taxes. Track spending, then adjust. In general people don’t do that, but it’s the only way to prevent debt.”

Professional basketball player Gilbert Arenas may have thought he was impervious to the law when he bragged about operating a credit card scam on Instagram. Arenas wrote that he was a regular patron of strip clubs and allowed accompanying teammates to withdraw large sums from his American Express account. He then claimed the card was lost, didn’t make those charges and was not liable for the debt. Which would be correct if it were true. But it wasn’t. Arenas is now under investigation for credit card fraud.

What went wrong? Hubris. Immorality. Stupidity. Perhaps, but what is certain: Arenas should never have even attempted the crime in the first place. Boasting about it to thousands of his so-cial media followers was his second critical error. Credit card fraud can be tough to prove, but not when the perpetrator makes an overt admission.

Lesson to all: Do not try to pull one over on a lender by disputing charges when you made or au-thorized them. If you’re caught, “it could result in criminal prosecution,” warns Stephens. Such theft is not just dishonorable, but impacts other consumers. “Even if you think it’s just a big com-pany, that it’s not going to hurt anyone, you’re wrong. It results in higher fees for everyone.”

For nearly 30 years Tori Spelling has appeared on screen, so someone of her income-creating caliber should be able to keep her credit card balance to zero, right? Not so, apparently. In Janu-ary 2016, American Express slapped Spelling with legal action for an unpaid bill of nearly $40,000. As most cardholders know, at least the minimum payments must be sent to keep an account in good standing. Apparently, Spelling did try to deal with the delinquency, but her check bounced.

What went wrong: “I’m speculating here, but it seems to be another case of not properly budget-ing,” says Pelton. “I would imagine the only reason her business manager isn’t paying this is be-cause there are more ‘pressing’ things that need to be paid.” Could Spelling have scaled back spending, sold assets or increased income so she could have met the monthly payments (which, for a balance this size, would be roughly $1,200)? Only she and her people know for sure.

Lesson to all: Attack debt problems early and aggressively. Allowing a substantial bill to go many months delinquent will probably result in a lawsuit. If you lose the case the balance will be even larger, as court costs, accumulated interest, and other penalties will be attached. Then post-judgment collection action like wage garnishment might follow.

5. 50 Cent files bankruptcy, rolls in cash, hauled back to court!

It wasn’t over-borrowing that sent rap artist 50 Cent to bankruptcy court, but a sex tape. A wom-an sued the performer, claiming he published racy videos of her online without her permission. Cent lost the case, and was ordered to pay millions in damages. His you-won’t-get-a-penny-from-me strategy was to file for bankruptcy protection and wipe out the debt. That seemed to have worked until he posted selfies surrounded by big bundles of c-notes (which he’s now claim-ing are just fake). Now Cent is being sent back to court, since it doesn’t seem he was entirely honest about his inability to fulfill his obligations. The latest leak: Cent is far from destitute, as it turns out he has $30 million in assets and is currently earning a cool $200,000. Not a year. A month. More than enough, it would appear, to pay the lady.

What went wrong? “Whether warned or not by his own lawyer, Mr. Cent should have known bet-ter,” says Beverly Hills bankruptcy attorney Leon Bayer, explaining that the rapper now faces the real possibility of another kind of criminal prosecution: “There just happens to be a crime for concealing assets in a bankruptcy case. None of that cash is listed among the assets that are required to be disclosed in his bankruptcy case documents. Hence, more legal troubles may be brewing for him.”

Lesson to all: Be forthright about your entire economic picture in a bankruptcy case. Remember, too, that judges, lawyers, and people you might have burned have as much access to social me-dia sites as your friends. “If you blab your secrets on the Internet, you can expect it to backfire,” says Bayer.

Poor (literally) Charlie Sheen. The once flush bad-boy actor is in deep financial trouble, this month admitting that he has fallen behind on his liabilities. Sheen has $2,090,000 in the bank and $3,200,000 in other assets, but owes nearly $13 million in combined debts, from income taxes to mortgages to legal fees. Also included in the tab: an American Express bill in excess of $5 mil-lion. Such arrearage is a painful punch for the former “Two and a Half Men” star. It’s unlikely Sheen will be hired for another credit card commercial any time soon.

What went wrong: Battles with drugs, HIV and porn stars were costly, but Sheen is pointing to his $105,000 monthly child support payments as another reason for his debts. He claims the support was calculated based on his past earnings, causing him to be in arrears. Yet, says Atlanta-based Randy Kessler, a divorce attorney with a rich set of celebrity clientele (such as Nene Leaks and Porsha Stewart), Sheen shouldn’t be crying to the media. “He should head back to the courts; the judge will figure out what the truth is,” says Kessler. “They have to look at his last two years of income. The burden is on Sheen to fill a motion and appeal.”

Lesson to all: Messy divorces can be absurdly expensive and miscalculated support payments can put anyone underwater. For this reason, Kessler urges foresight: “Don’t just sign on the bot-tom line because you want to get it over with. And remember that if your income goes up and down, your support payments should, too.” Also, try to be objective by considering how you would advise a friend in the same situation, and hire a financial planner who will help you think 10 years ahead.

Now aren’t you glad that your financial woes aren’t sensationalized and splashed across the tab-loids for all the world to tisk-tisk?