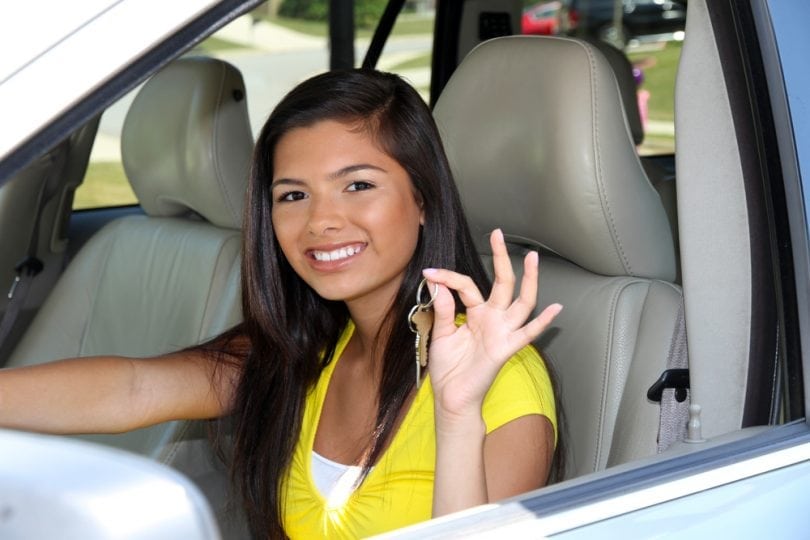 Where I grew up in Eastern Pennsylvania, counting down to the day you turned 16 and could finally get your driver’s license was a huge deal. It was the difference between having to take the big yellow bus — less-than-affectionately known as the Cheese Wagon — and having the freedom to whiz down country roads at night just because you didn’t feel like going home yet. It was an enormous rite of passage then in a way it doesn’t seem to be today.

Like most 15 year olds I grew up with, I had starry-eyed visions of the total freedom that would be mine for the taking just as soon as I got up the courage to go to the state police barracks to take my road test (preferably at a course that was rumored to skip the parallel parking portion of the exam). So imagine my surprise when, new license in hand, my parents announced that if I wanted a car, I had to buy it myself.

My parents politely informed me that if I wanted to drive to school, I would need to buy my own car. This wasn’t really much of an “if”, by the way: In case you couldn’t tell from that Cheese Wagon anecdote, riding the bus was unpleasant physically as well as socially. Besides, I had extra-curricular activities every day, and a car would make it much easier for me to get home immediately afterward to start in on my homework instead of waiting for a parent to be done with work.

I was definitely interested in having my own car, but I had absolutely no idea how to go about it. My parents said that they would front the money, but it would have to be cheap enough for them to pay cash. I would pay them back in monthly installments over the next two years; the final payment had to be before I left for college.

I also had to pay my share of the insurance, which they calculated by making me pay amount their total bill increased when they added me to the family plan.

Gas, oil changes and mechanics bills? That was all on me, too.

For a kid who had only ever sporadically babysat for the neighbors and got just enough allowance to cover one trip to the movie theater per week, this was a pretty sudden introduction to adulthood — at least as far as finances are concerned.

Here’s what I learned:

Lesson One: A Job’s a Job

I ended up looking for work after summer was already underway, so there weren’t many opportunities. I ended up working at a discount movie theater that was reopening after being closed for several years. It was the only gig going, and I was the only kid. I spent the first week screwing cup holder arms onto the old seats and came home with cramped hands. My second task was disinfecting the bathrooms. Fun? Nope. But I had a paycheck, and I was determined to keep them coming.

The Takeaway: A healthy respect for manual labor and service work.

Once I had my first paycheck in hand — it couldn’t have been much more than $100 since I was only making $4.25 an hour — I sat down to figure out how much I could expect to earn each month. Then I subtracted my monthly car payment back to my parents, plus how much I thought I’d need for gas. That basic budget let me know that I needed a certain amount of money in my shiny new checking account by the end of every month to pay my bills.

The Takeaway: Budgeting skills that were — and still are — on point.

Lesson Three: Save for a Rainy Day

Back in junior high when I was given a weekly allowance, I spent it almost immediately on dumb crap at the mall, or possibly a movie. Now I needed to make sure I could pay for an oil change every three months — and the repairs need after my first accident, which didn’t take long to happen. Suddenly, instead of letting my bottom line drop to zero, I had to make sure there was a reasonable cushion.

The Takeaway: An understanding of the importance of building an emergency savings fund.

Lesson Four: You Get What You Pay For

Having chosen a car on the cheap — an un-air conditioned 1984 Chevrolet Chevette — I was quickly learning that saving money up front often means you’ll end up paying more down the road. I was stranded on the side of the road many times in that car, and there was always something that needed fixing. I learned to live with wet floors and interior fogging from leaks, but I also had to pay for a lot of repairs.

The Takeaway: Research big purchases carefully, and don’t choose the cheapest item if you want it to last.

Should You Make Your Kids Buy a Car?

I think you should consider it! This challenge put me on the fast track to financial savvy while I was still under my parents’ roof, so I could make a mistake without the consequences being too dire. By the time I got to college, I never blew my budget and had to call home for money, and I was well on my way to growing my savings — all of which led to me being ready to buy my first house at the ripe old age of 22.

If your kids — like many these days — aren’t interested in owning a car, you could change things up and charge them for their own cell phone. After they research an affordable model and save up to buy it, make sure they pay for their usage. The consequences are relatively low-stakes for you — just shut off the phone if they can’t pay — but high for them when they’re cut off from social media for a month while they save their pennies to get back in the game. If this idea is appealing, consider putting your child on a separate, inexpensive pay-as-you-go plan to maximize the potential for budgeting.

Do you have any ninja parenting techniques to introduce your kids to the wonderful world of personal finance in a hands-on way? Share your ideas in the comments!